Holiday Loop is based on a Halloween theme. My design process began with storyboards as well as some basic sketching. I used Procreate to draw my storyboard frames and base sketches. Using Illustrator, I made the individual frames and assets for the animation itself. Before I placed the frames into After Effects for animating, I found sound effects and music to go along with the animation. I transitioned the frames and sounds into an After Effects file and created my animation according to my storyboards. I made improvements to the project for this version. The witch’s outfit was originally a deep purple that blended into the background too much, so I changed it to gray. I added color-changing details to her dress, and I was able to make the animation flow more smoothly with a few changes to the animation and sounds. I also added some texture to the witch’s outfit to give it a bit of depth. Another change I made was adding a sparkle with a magical sound to signify the star change. I used other illustrations of witches to help inspire me to create the look of my witch. I decided I wanted to make her hair the color of my own because it put an element of myself into the design. I’m most proud of making the moon appear as if it were glowing, even though it’s just a 2D object. I really like how my project turned out. I think it’s fun and quirky, which works well for a Halloween-themed project. 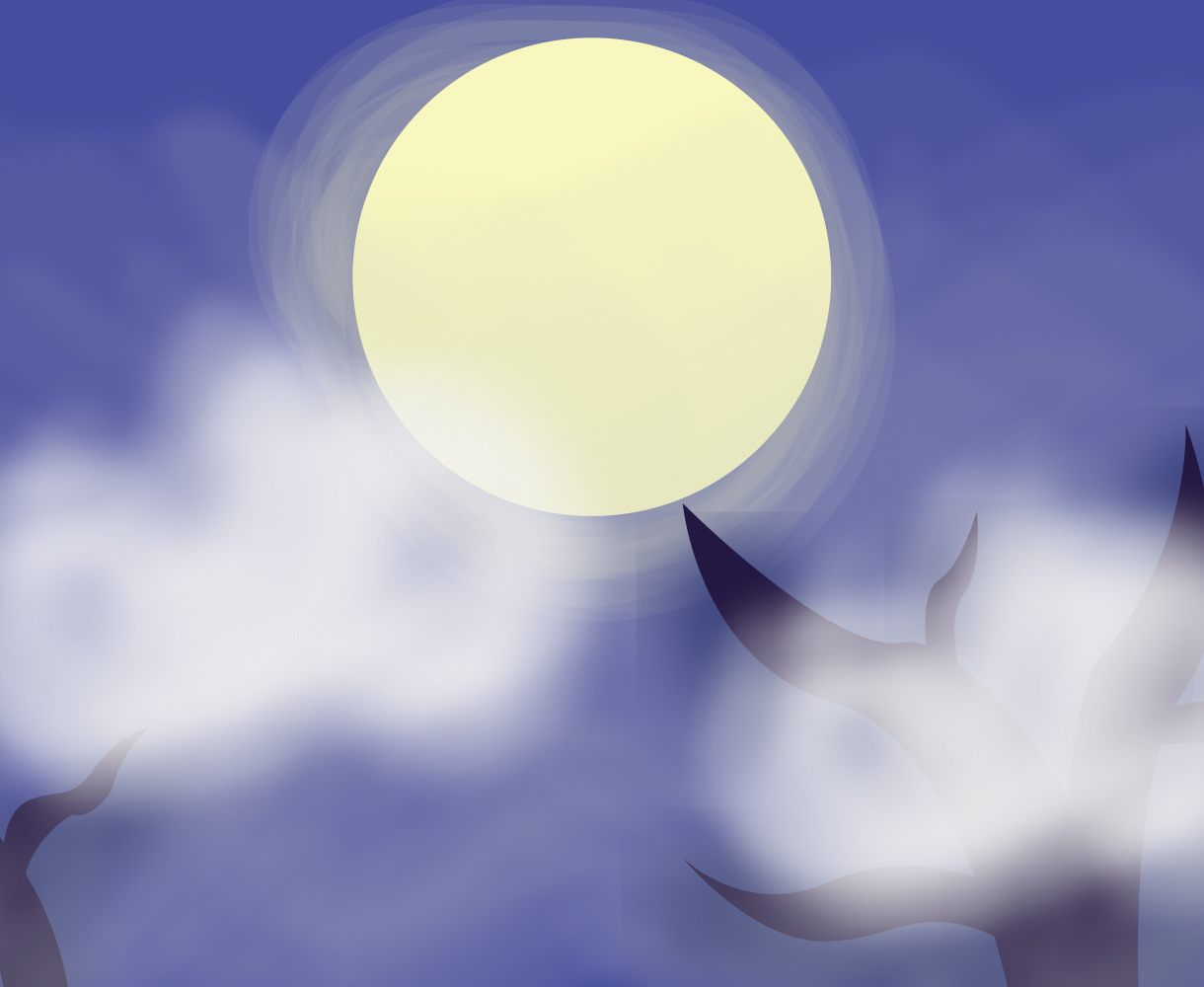 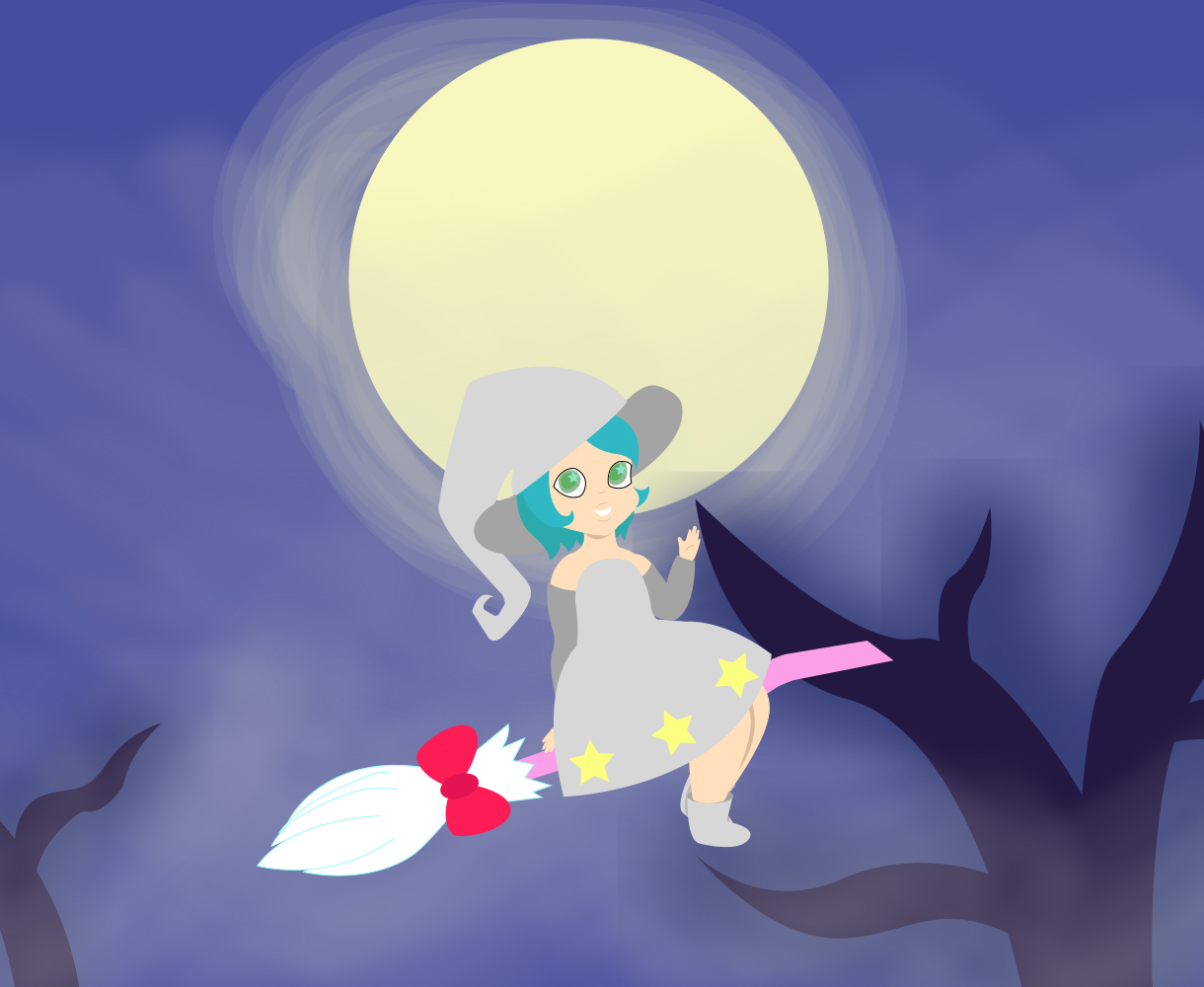 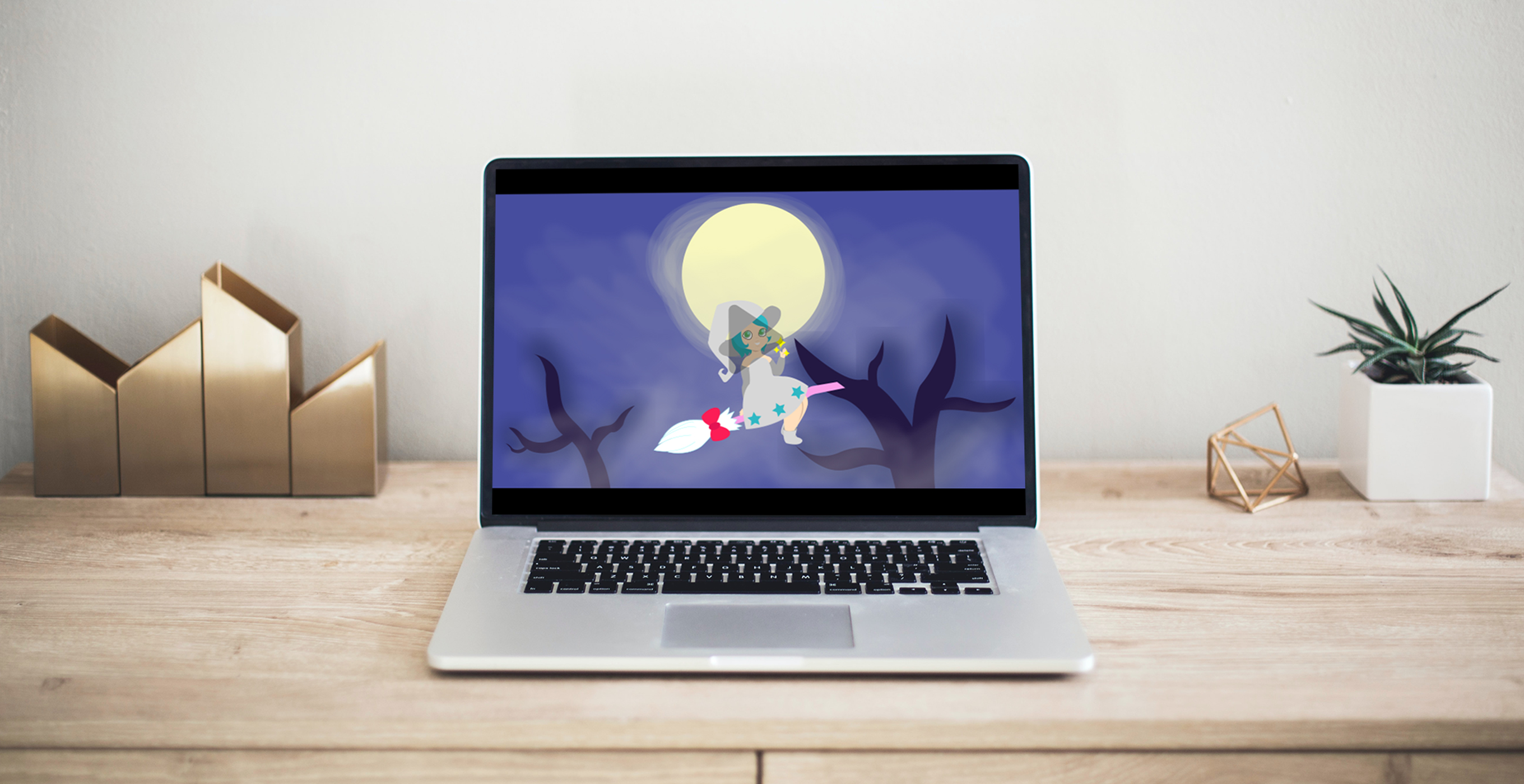